In 1957 – Buber had written Elijah in 1956 – there proceeded in Jerusalem an ideology conference titled ›Israel’s mission and Zion‹. What happened during this gathering can be seen as the exact modern resurgence of the conversation between Elijah and King Achab in Doráti’s opera Der Künder (The Chosen), impersonated here through Buber and President Ben-Gurion. What Buber said to Ben-Gurion, you may read today as reincarnation of the classical opposition between king and prophet in ancient Israel: Enunciators cannot be apprehended independently from their mission which consists of reminding those in power of their responsibility towards God. After all, God entrusted statesmen with authority only under reserve …

Since his immigration to Palestine in 1938 Buber worked with a lot of personal engagement on behalf of the interfaith understanding between Jews and Arabs. According to Buber the Arabic question in effect became the touchstone for the values of Jewishness after the state of Israel had been established. Buber’ religious Zionism stands in sharp contrast to the so called official ›Machtpolitik‹ which ignored the Arab presence in Palestine. The unilateral support for all matters Arabian raised doubts about Buber’s stance in his own country. In the beginning, people said, his knowledge of Hebrew was insufficient to make himself understood, later only to become incomprehensible after he had learnt the language. Buber was seen as an ›unchosen‹ ambassador, because he made the realization of the Zionistic project conditional on Arabic consent.

To perceive inner duality and the necessity to make one’s choice – by way of unification of the soul – people split themselves in two factions: some want to make a decision, want to choose. They are committed to termlessness and are bound to their goals. Others surrender themselves to ›laissez-faire‹ and indolent indetermination. Their objective is self-aggrandizement and self interest or, in the biblical idiom, it is either about people who serve God or worshippers of Baal. But we must not forget that the latter do not decide for Baal and against God but – as Elijah heralds – that they swing back and forth between two limbs.

You do not select to revere Baal, you fall under Baal’s spell. In other words: since Baal is the proverbial ›possessor‹, humans do not opt for ›possessing‹ and against ›being‹, they rather get devoured by the ›possessing‹ … Hitler, the modern Baal, must be seen as an exemplification of a man, with whom no more dialogue is possible.

Elijah addresses the people and speaks about his own dialogue with God in a particular historical moment. He does not act as slave for a superior divine entity which instrumentalizes him, but acts in commission of his own inner voice. In return God rewards the sincere prophet with redemption.

All his life Buber wanted to be no more than a storyteller who recites simple incidents unadornedly. What he wanted was to describe the human existence and everything that happens between human beings. Theatre for Buber was a »dialogical occurrence« – the tension between person and person, between understanding and misunderstanding in a concrete situation. 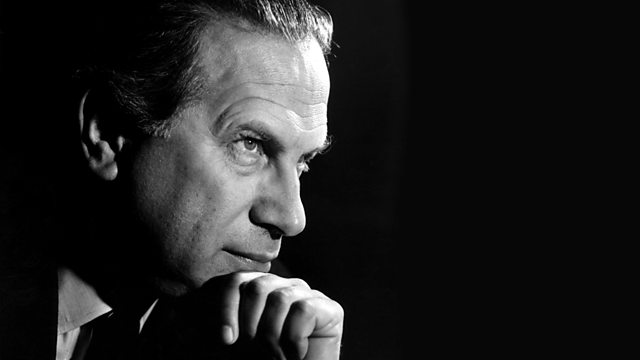 cultivated a profound dislike against wildly gesticulating podium stars: “Conducting is a spiritual effort, the bodily exertion should be as minimal as possible”. And in this manner Doráti worked. On the podium he was always meticulously prepared, his signals came precisely and unfussily. Composing for Doráti was not a secondary pastime at all. His oeuvre catalogue encompasses more than 40 works of all genres. One of his most important, most mature scores was without a doubt his only opera composition Der Künder (The Chosen) after Martin Buber’s Elija, neither heard nor performed to this day. As a visitor to Schloss Elmau in Bavaria, Doráti became acquainted with the great Jewish philosopher through the teachings of Johannes Müller, who however eschewed Buber for reasons that had to do with their unacknowledged rivalry. Both thinkers nevertheless entertained a private friendship, but Doráti never had a personal encounter with Buber himself. Doráti as a proverbial world citizen, in his opera turns out to be Buber’s ideal interpreter. As composer Doráti nowadays can currently count on a following from such prominent musicians as András Schiff or Heinz Holliger.

The conductor and composer Antal Doráti was one of the most distinguished musicians of the 20th century. He was born in Budapest on April 9 1906 and rose to become the youngest ever conductor of the Royal Opera House in his native city soon after graduating at age 18. In 1928 he went to Dresden as assistant to Fritz Busch and subsequently was engaged as conductor at the opera house in Münster/Westfalia, where he stayed until 1933. From 1934-1941 he was first second conductor, later music director of the Ballet Russe de Monte Carlo and, subsequently, of the American Ballett Theater in New York. His American debut as a symphony conductor came in 1937, when he guest-conducted the National Symphony in Washington, D.C. He became an American citizen in 1947. From 1945-1949 Doráti directed and greatly revitalized the Dallas Symphony. He became music director of the Minneapolis Symphony in 1949, where he stayed for 11 years. This was followed by a similiar position with the Stockholm Philharmonic Orchestra (from 1965-1972). Parallel to his European activities he became music director of the National Symphony in Washington in 1970, followed by the same position 1977 in Detroit. At the same time (since 1975) Antal Doráti accepted the Royal Philharmonic’s invitation to become their chief conductor. From 1981 he became “Conductor Laureate” for life of 3 orchestras (RPO London, Stockholm Philharmonic and Detroit Symphony). In 1963 he was appointed Chief conductor of the BBC Orchestra, a post he held for 4 years.

Antal Doráti’s recording activities commenced in 1936, his total number of recordings reached nearly 600. Many of them won international prices, amongst others 32 “Grand Prix”.His most important recording project was the complete recording of the 107 Haydn symphonies and 8 of the composer’s operas.

Antal Doráti’s influence in the musical world has been highly significant, not only as a conductor. He has an impressive number of compositions to his credit, which are performed worldwide more and more.

His teaching activities include regular masterclasses at the Royal College of Music in London as well as at the Music Academy in Budapest. Both institutions made him their honorary member. Also masterclasses at the Salzburg Festival, Dartington and Bern – Basel are mentionable. His autobiography “Notes of seven decades” was published in 1975. A second book “For inner and outer peace” – a subject which interested him greatly during his last years- was edited after his death in 1988. In this period he also returned to his other talents, which included drawing and painting. His distinctions included the post of Honorary President of the Philharmonia Hungarica, four honorary doctor degrees, the rank of Chevalier of the order of Vasa of Sweden, the Cross of Honour, 1st class “Artibus et Litteris” of Austria, the order of “Chevalier des Arts et Lettres” de France and others. The Royal Academy of Music in London honoured Antal Doráti by appointing him an Hon.R.A.M. And in 1983 her Majesty the Queen appointed him an Hon. KBE (Knight of the British Empire) in recognition for his service to music in Britain. Antal Doráti died in his Swiss home in Gerzensee on November 13, 1988. 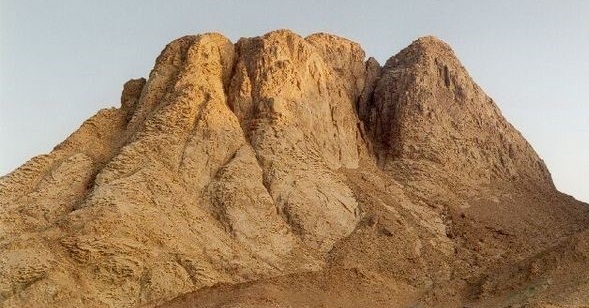