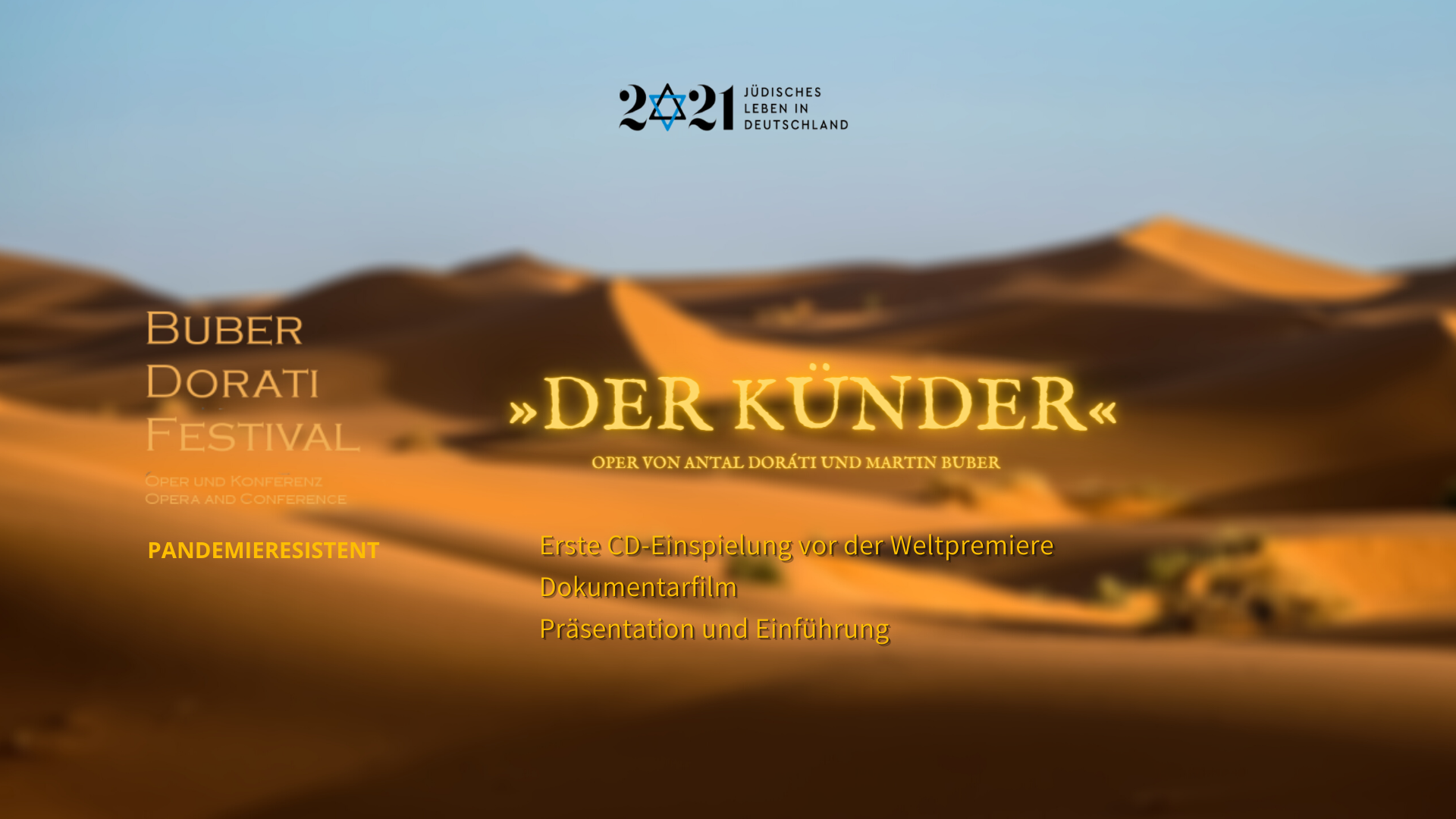 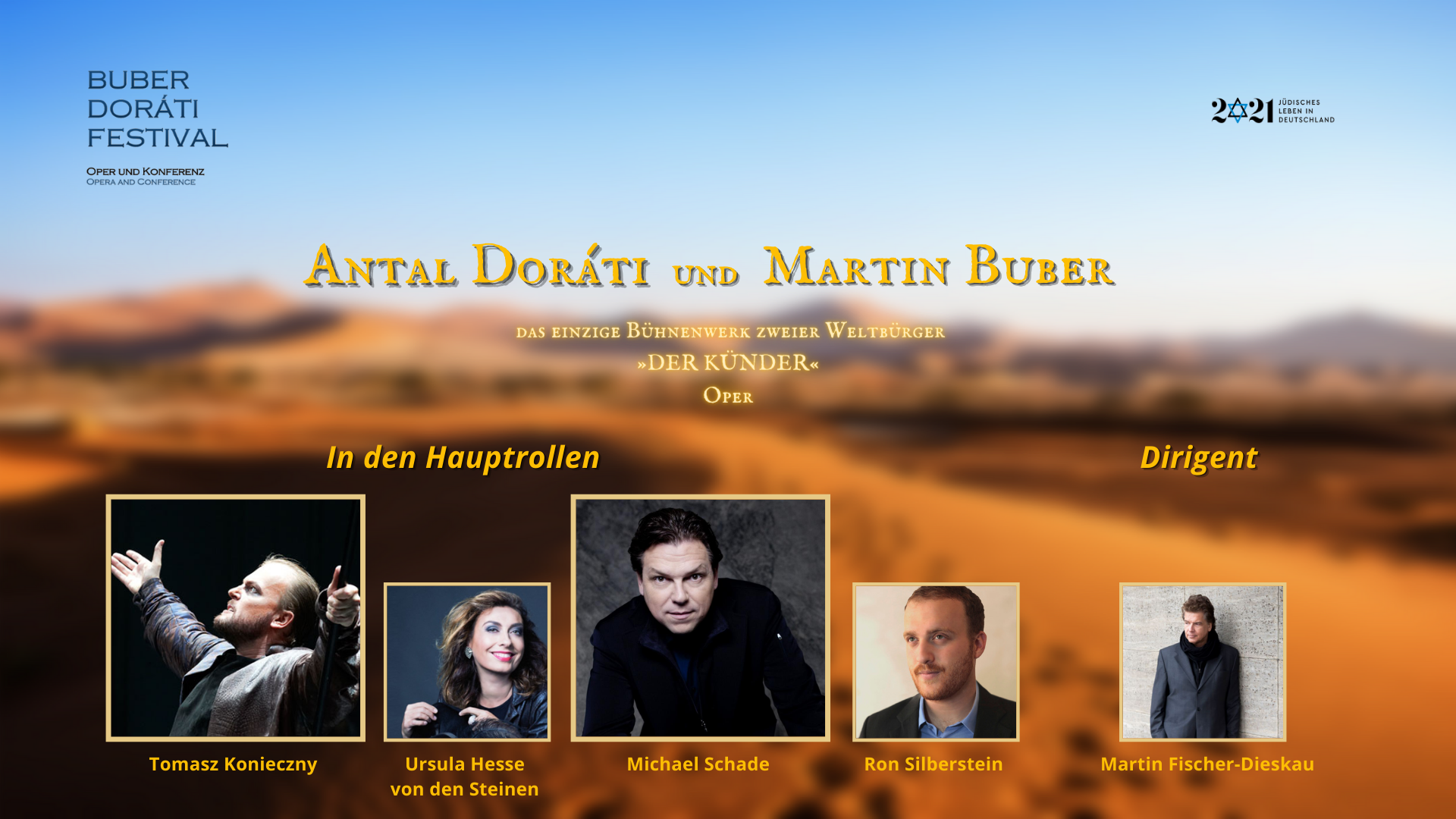 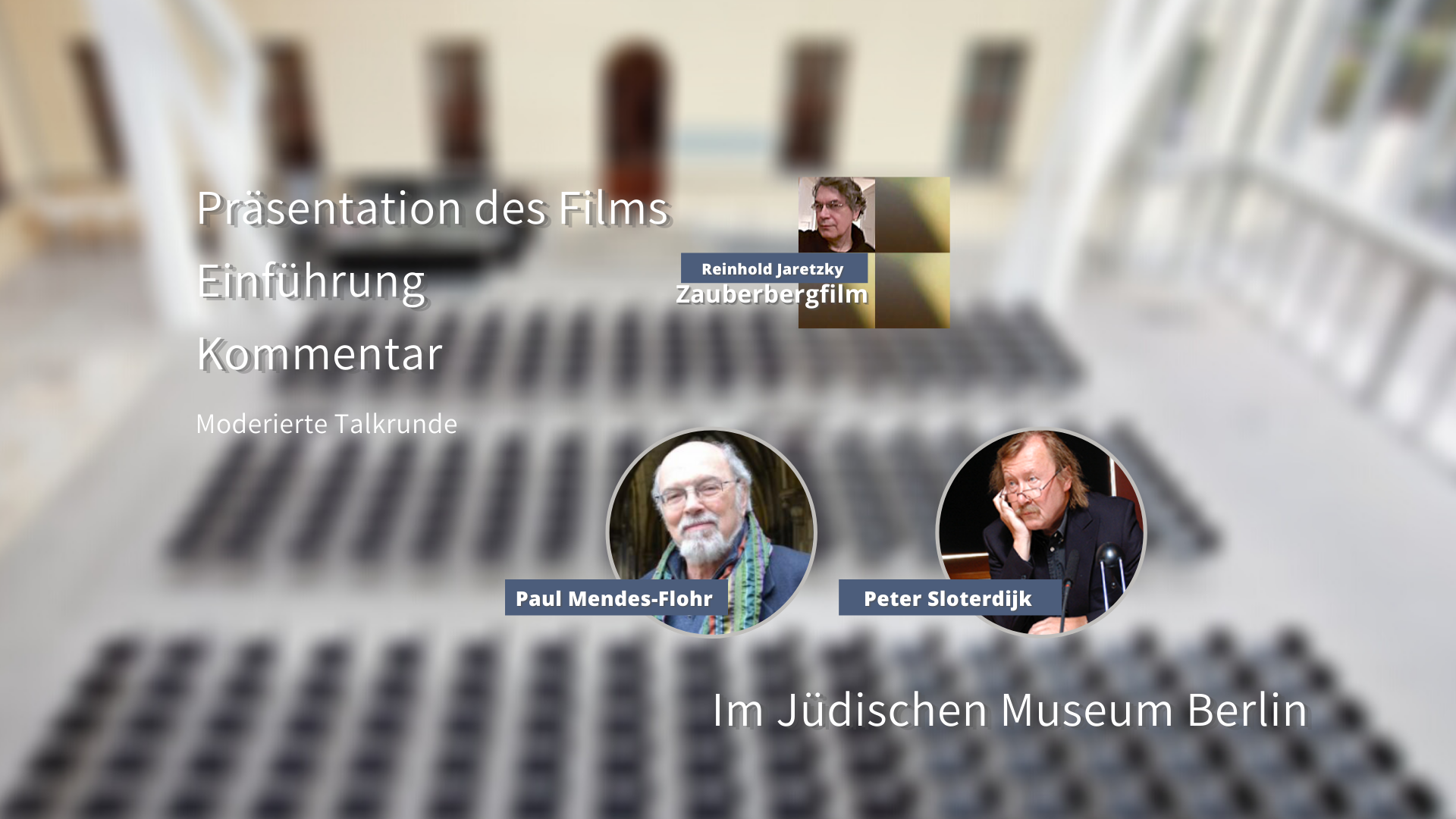 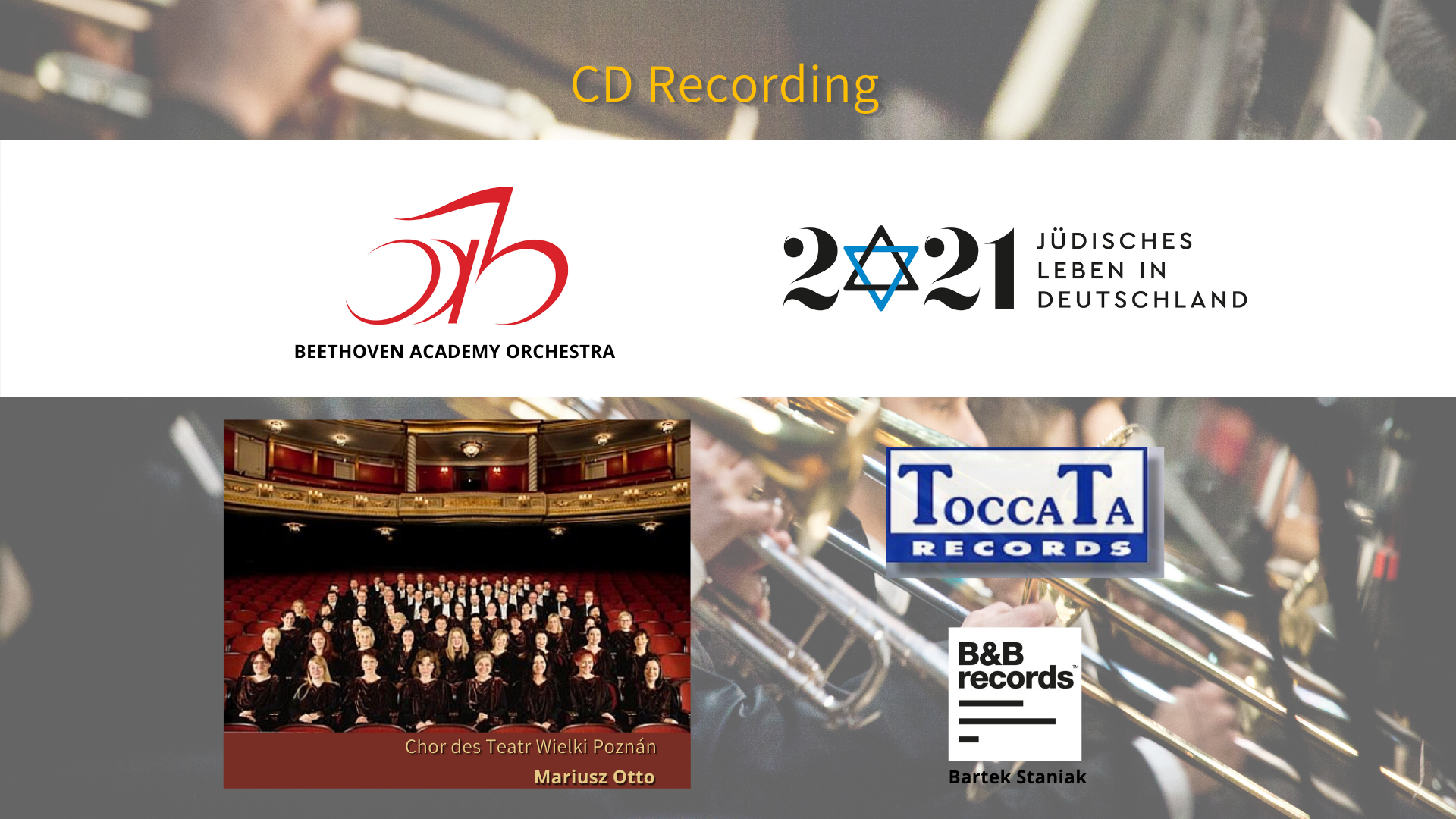 During the late summer and early fall of 2021 the BUBER DORÁTI FESTIVAL offers its audiences in Prague, Berlin and Jerusalem a unique pairing of the world premiere Der Künder (The Chosen) – an opera by Antal Doráti – and an international conference in celebration of a twenty-one critical edition of Martin Buber’s writings. Both events will be in conjunction of a film project directed by ARD/Deutsches Fernsehen.

The Opera
The Concerts
The Movie
The Conference
The Opera

The Hungarian-American composer Antal Doráti’s only opera is based on the German-Israeli philosopher Martin Buber’s only ›mystery play‹ Elijah. Doráti’s monumental work about ancient Israel will be performed under the artistic leadership of the conductor and Dorátiʼs longtime friend and colleague, Prof. Martin Fischer-Dieskau. There will be selected evenings first in Jerusalem and subsequently in Prague, before the whole production travels to Berlin …

As a sort of symphonic crystallisation, the BUBER DORÁTI FESTIVAL will present the ›Galilee orchestra‹ of Israel in a special concert program for Jerusalem, Prague and Berlin. An unexpected connecting line will become apparent leading to the philosophical background of the opera: Sofia Gubaidulina’s new composition (2018) for violin and orchestra Dialogue: I and Thou after Martin Buber will experience its presumably first Israeli and Czech performances, enframed by repertoire works of a similar spritual atmosphere.

The German author and producer Dr. Reinhold Jaretzky looks after the cinematic conditioning of the festival at the behest of Deutsches Fernsehen.

The Origins
The Initiators
The Enthusiasts
The Production
The Origins

Learn more about the interesting backgrounds of the work and its creators Martin Buber and Antal Doráti.

The association’s purpose is the encouragement of art and culture, the promotion of an international disposition, tolerance on all areas of culture and the understanding among nations, as well as the facilitation of national education and a democratic political system.

At this point we would like to introduce those who commit themselves with all their heart and vigour to the Buber Doráti Festival, actively contribute to its success or simply enthuse themselves about the idea of the project.

About the Buber Doráti Festival

The Buber-Doráti Festival is a tribute to the legacy of 1,700 years in which Jews played an integral role in the cultural life of Europe. We work in close collaboration with https://www.1700jahre.de/, an initiative that takes its origin in the city of Cologne spreading its activities across all of Germany and the complete duration of the year 2021. Our tribute can be seen as their lighthouse project and is symbolically expanded by the festival’s multiple venues in Prague, Berlin and Jerusalem. Under the maxim ›From Point of View to Dialogue,‹ the significance of Austro-German-Israeli philosopher Martin Buber’s intellectual and literary oeuvre is to be acknowledged in a most notable way:
The world premiere of the opera Der Künder (The Chosen), which is the only theatrical work composed by the eminent conductor Antal Doráti, inspired by Buber’s only ›mystery play‹ for the stage Elijah is to be first performed in a specifically arranged scenic version by Achim Freyer under the musical direction of Martin Fischer-Dieskau. One of Prague’s famed opera venues, the city that witnessed Buber’s first ›Three addresses on Judaism‹ in 1910 in front of an illustrious audience of such enlightened spirits like Schnitzler, Hofmannsthal and Kafka, will be one of our partners. On stage: a cast of well known German and Israeli singers. In the course of the festival foremost scholars from America, Germany and Israel will participate in an international conference to discuss the abiding relevance of Buber’s thought for contemporary politics in Israel and Germany. The occasion is the publication of the twenty-one volume critical edition of Martin Buber’s works, published by Bertelsmann/Random Publishing House.

The eminent world artist, stage designer and producer Achim Freyer will be responsible for realizing very specific conceptions of the opera Der Künder.

A dialogue characterises not only the communication between people – theories and disciplines can also form a dialogue. Here is where our conference idea takes its origin, always under Martin Buber’s godparenthood needless to say … 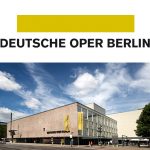